Historical documentation (books, documents, maps, drawings) contains, among other things, important geographical information concerning both the natural and manmade environments of the places to which it refers. This information is often embedded in various kinds of representations, such as engravings, perspective charts, horizontal plans, sketches and old photographs. Such representations are frequently found in documents concerning Cyprus, as the island constituted an important hub of activity in the Eastern Mediterranean.

This web site was developed as part of the research programme "Representations of the Coastal Zone of Cyprus through Historical Map Segments and Other Illustrations", implemented by the Geography Department of Harokopio University in Athens in collaboration with the Sylvia Ioannou Foundation. The main objectives of this collaboration are:

This open access web application offers all interested parties, researchers and enthusiasts the opportunity to journey to the historical past of Cyprus through documented pictorial material and to investigate and contrast it with the current reality. In addition, any user of the application may, if they wish, contribute towards further enriching the documentation by providing new material or by participating in the interpretation of the existing content.

Description of the research programme

The one-year research project entitled "Representations of the Coastal Zone of Cyprus through Historical Map Segments and Other Illustrations" was prepared by the Department of Geography of Harokopio University, Athens, under the scientific supervision of Professor Christos Chalkias and supported by the Sylvia Ioannou Foundation. The main objective of the project was to design and implement an open access web application that identifies, organises and classifies the content of historical representations of the island of Cyprus. The implementation phases were as follows:

The sources used for the research programme implementation originated from the Sylvia Ioannou Foundation collection. More specifically, the following sources were mostly used:

Of the above-mentioned sources, representations that depict the coastal zone of Cyprus were identified and scanned - the only exception was the perspective representation of Nicosia ("Nicosia in Cyprus") which was incorporated due to its particular importance for the Geography of Cyprus.

The static map below depicts the numbered locations of the representations (i.e. the estimated points they were taken or drawn) along with their orientation. 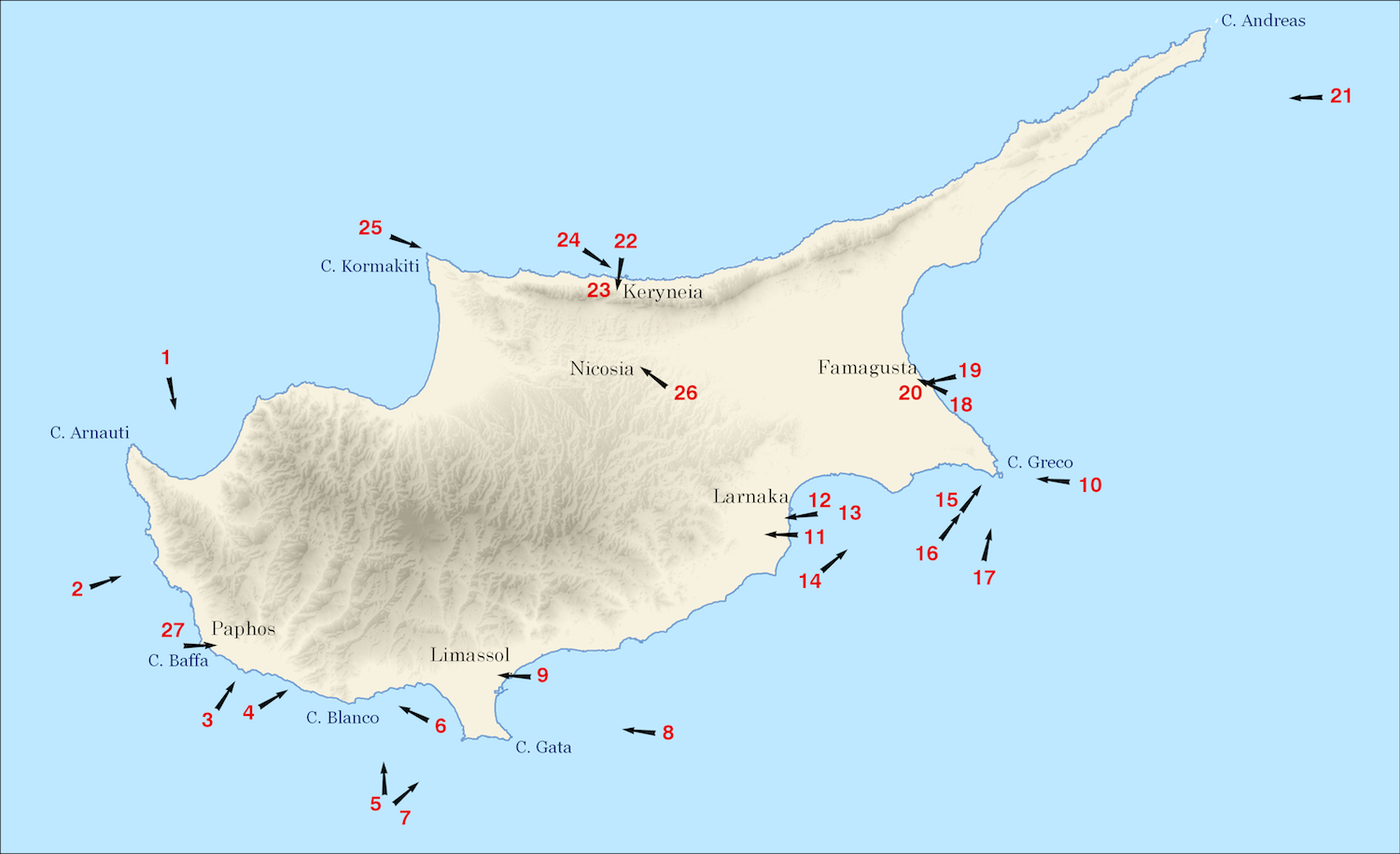 You may view details about each representation by clicking on the following interactive map:

From Sylvia Ioannou Foundation: Other collaborators:

You can refer to the content of this site as follows:

Citations for individual content can be found for Representations and Geographic objects in their respective pages.

Permalink for this record